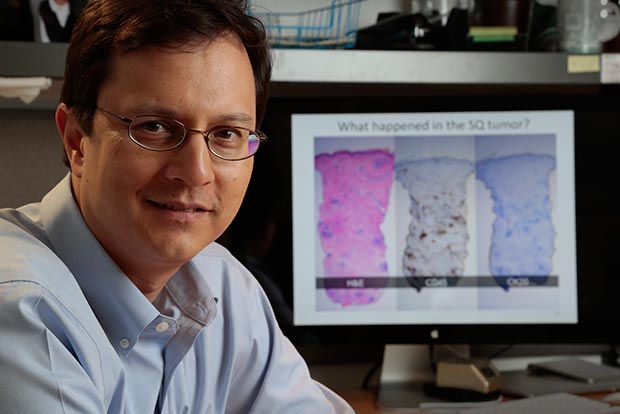 Dr. Paul Nghiem of the University of Washington and Fred Hutch was a senior investigator on a trial of an immunotherapy drug in , metastatic Merkel cell carcinoma, a rare skin cancer. The data were presented at the 2017 meeting of the American Association for Cancer Research by study leader Dr. Howard Kaufman of Rutgers Cancer Institute of New Jersey.

Until recently, patients with the rare skin cancer Merkel cell carcinoma could expect to live just months after it started spreading and became resistant to chemotherapy. But, less than two weeks ago, everything changed. And today things are looking even better.

On March 23, the immunotherapy drug avelumab (pronounced a-) became the first drug ever approved by the and Drug Administration for Merkel cell carcinoma, or MCC, a cancer three times as deadly as melanoma. Today, the research team behind the pivotal trial of avelumab in metastatic, MCC presented updated data from their study that shows the drug has gone on to break even its own impressive record in these patients.

Treatment responses that, six months ago, were the most ever reported from a group of patients like these in a clinical trial are now even longer. Of the 29 participants whose cancers have shrunk or disappeared on the trial, 21 patients’ cancers are still being held in check, an average of more than 16 months after their first dose of avelumab. 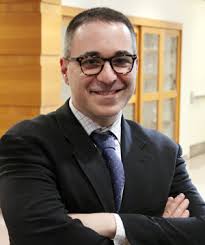 Dr. Howard Kaufman of the Rutgers Cancer Institute of New Jersey led the trial.
Photo courtesy Dr. Howard Kaufman
In contrast, other recent studies in metastatic MCC indicate that additional chemo buys these patients no more than 12 months — for most, far less — before their cancers start growing again.

«To see these kinds of responses in patients ― now with our furthest patient approaching the mark ― is I think a real for the disease," said trial leader Dr. Howard Kaufman, a skin cancer immunotherapy expert from the Rutgers Cancer Institute of New Jersey. Kaufman presented the updated results at the annual meeting of the American Association for Cancer Research in Washington, D.C.

The numbers of people affected by MCC are small — just 2,000 are diagnosed each year in the U.S. — but the statistics are grim: When the cancer metastasizes, which it does in one of every three patients, survival rates plummet.

«We’ve had, actually, some complete responders, and we’re cautiously watching these patients," Kaufman continued. «These actually might be patients who are cured of metastatic Merkel cell carcinoma, which is quite remarkable.»

It’s so remarkable, in fact, such a thing has never before been reported to his knowledge, Kaufman said.

The Phase 2 trial, called JAVELIN Merkel 200, enrolled 88 patients worldwide with metastatic MCC whose cancer had come back despite at least one round of chemotherapy or another treatment. The research team has now gathered at least one year of  data on all of the participants who remain in the trial.

The proportion of patients whose cancers are still responding to the drug has dipped slightly since the team published their main trial analysis in the fall of 2016, from 82 percent to 72 percent. However, two more patients’ cancers have disappeared, including one that had previously seemed impervious to the experimental treatment. A total of 10 trial participants now have experienced a complete remission (although the cancer has since recurred in three of them).

The «extraordinarily durable» treatment responses on the trial are «," said senior author and MCC expert Dr. Paul Nghiem of the University of Washington and Fred Hutchinson Cancer Research Center. The Nghiem Lab’s fundamental research on the important role of the immune response in helping patients survive MCC helped pave the way for immunotherapy trials in the disease.

Nghiem noted that isolated cases of prolonged survival have been seen, rarely, in advanced MCC, «but not in a true, larger, more representative cohort» of patients with advanced MCC like those in this trial.

«We’ve looked very carefully at the chance of that happening, and it’s less than 5 percent at one year who do well if they get more chemotherapy. This [result from this trial] is many times higher than would be expected," he said.

In general, Nghiem said, the patients whose cancers have been knocked back on the drug «are doing just fabulous now.»

Avelumab (Bavencio) is a type of drug known as a checkpoint inhibitor, which works by stopping tumor cells from triggering an off switch on a patient’s  immune cells. The trial was funded by the companies that jointly developed avelumab ― EMD Serono Inc./Merck KGaA and Pfizer Inc.

The trial demonstrated that the therapy works in patients with two different versions of MCC ― one with highly mutated cancers typically caused by UV light and another whose minimally mutated tumors are triggered by a virus called the Merkel cell polyomavirus. This suggests that cancers could be promising targets for immunotherapy studies in the future, Kaufman said.

A fast response with few side effects

On average, most patients on the trial whose cancers responded to the drug did so quickly, in about six weeks, the investigators reported.

«It’s really unusual, as a physician, to see patients respond so quickly» to a treatment, Kaufman said. 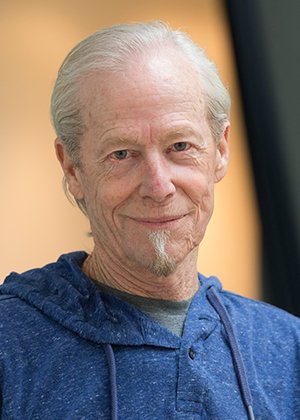 Tom Judd had run out of options to treat his metastatic Merkel cell carcinoma when he enrolled in the trial.
Photo by Bo Jungmayer / Fred Hutch News Service
One of those patients was Oregon resident Tom Judd, who received his first infusion of avelumab just over two years ago under the care of Nghiem and his colleagues at the trial’s Seattle site. At that time, Judd’s cancer — which initially appeared as a small bump on his face in 2012 — had spread throughout his vital organs, and he and his family were preparing for the worst.

Six weeks after he received the initial infusion, however, a scan showed 35 percent of his cancer had disappeared. Today, it is more than 90 percent gone.

«I feel very lucky, if that’s a word that can be used, that I’m living in this time and in this area that this can even happen," Judd said. While he still receives infusions of the drug every two weeks at Seattle Cancer Care Alliance, Fred Hutch’s  partner, he is now feeling well, able to work in his beloved garden and babysit his granddaughter regularly. (Read Tom and Karen Judd’s full story.)

The treatment was «very ," Kaufman said, and most participants, like Judd, experienced relatively mild side effects. The most common were fatigue and symptoms after the drug was injected, which in the future could be prevented or lessened by administering a preventive therapy like an antihistamine and acetaminophen first, the researcher said.

He added that Judd and other patients like him have a lot to teach scientists developing cancer immunotherapies.

«When patients respond to immunotherapy, it can be quite dramatic," Kaufman said. «But we don’t understand why some patients will do this and some patients don’t respond. We still have to study this in more detail. Certainly understanding what happened in patients with this sort of history will be very important for the field.»

Kaufman, Nghiem and their fellow investigators on the trial plan to continue tracking the patients on this trial for five years or more. In the meantime, they have opened their trial up to metastatic MCC patients who have never received chemotherapy, and they expect to report their first findings in this group later this year. And combination immunotherapies might help boost the effects the investigators saw in this trial, Kaufman said. With support from the National Cancer Institute, Kaufman is now kicking off a trial in MCC that combines avelumab with a  engineered herpes virus he helped develop for treating melanoma.

Last year, Nghiem and colleagues published the results of a trial of another checkpoint inhibitor as a  therapy in MCC; now, the drug, pembrolizumab, is widely used in advanced MCC. Those results, together with the unpublished data from Kaufman’s study of avelumab as a  therapy, suggest that a cancer is more likely to shrink in response to an immunotherapy drug if the patient has never before received chemo. (Chemotherapy may suppress the immune response.) The data indicate that immunotherapy drugs should be first in line for treating patients with advanced MCC, the researchers say — before chemo, if chemo is used at all.

«It does appear that the sooner patients get these drugs, probably the better they’re going to do," Kaufman said. «And maybe more patients will respond when we get them these drugs earlier. So I don’t think it makes any sense to put them through chemotherapy, and have them be more , when we know we can get good responses» from immunotherapy.