Tumor vaccines can help the body fight cancer. Mutations in the tumor genome often lead to protein changes that are typical of cancer. 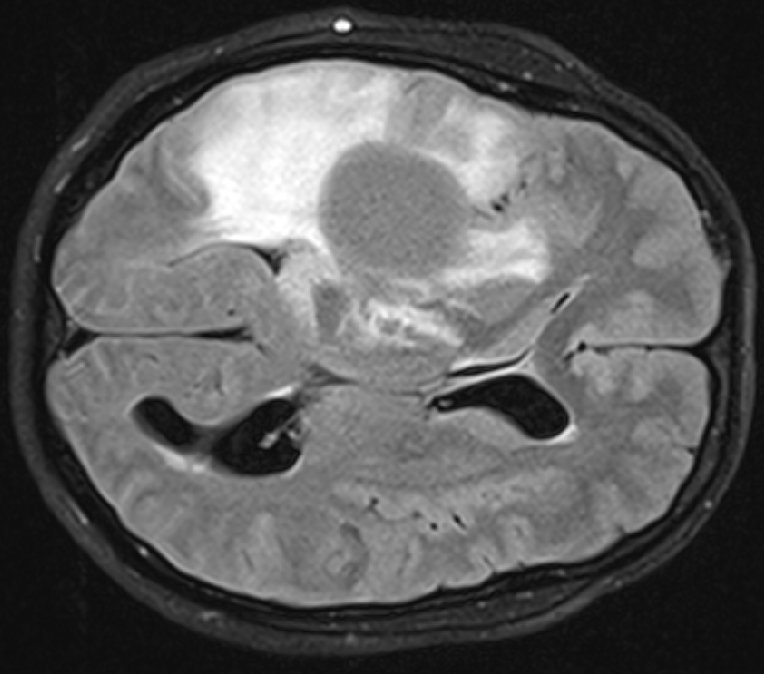 A vaccine can alert the patients' immune system to these mutated proteins. For the first time, physicians and cancer researchers from Heidelberg and Mannheim have now carried out a clinical trial to test a mutation-specific vaccine against malignant brain tumors. The vaccine proved to be safe and triggered the desired immune response in the tumor tissue, as the team now reports in the journal Nature.

Diffuse gliomas are usually incurable brain tumors that spread in the brain and are difficult to remove completely by surgery. Chemotherapy and radiotherapy often only have a limited effect too. In many cases, diffuse gliomas share a common feature: in more than 70 percent of patients, the tumor cells have the same gene mutation. An identical error in the DNA causes a single, specific protein building block to be exchanged in the IDH1* enzyme. This creates a novel protein structure, known as a neo-epitope, which can be recognized as foreign by the patient's immune system.

"Our idea was to support patients' immune system and to use a vaccine as a targeted way of alerting it to the tumor-specific neo-epitope," explained study director Michael Platten, Medical Director of the Department of Neurology of University Medicine Mannheim and Head of Division at the German Cancer Research Center (DKFZ). The IDH1 mutation is a particularly suitable candidate here, as it is highly specific to the gliomas and does not occur in healthy tissue. Moreover, the IDH1 mutation is responsible for the development of these gliomas: "That means that a vaccine against the mutated protein allows us to tackle the problem at the root," Platten added.

Platten's team had already generated an artificial version of the segment of the IDH1 protein with the characteristic mutation several years ago. This mutation-specific peptide vaccine was able to halt the growth of IDH1-mutated cancer cells in mice. In 2019, Platten was awarded the German Cancer Prize for this discovery.

Encouraged by these results, Platten and a team of physicians decided to test the mutation-specific vaccine for the first time in a phase I study** in patients newly diagnosed with a IDH1-mutated glioma (WHO grades III and IV astrocytomas). A total of 33 patients at several different centers in Germany were enrolled in the study, which was supported by the National Center for Tumor Diseases (NCT) Heidelberg and the Neurooncology Working Group (NOA) of the German Cancer Society. In addition to the standard treatment, they received the peptide vaccine produced by Michael Schmitt, Head of Cellular Immunotherapy, Department of Hematology, Oncology and Rheumatology at Heidelberg University Hospital, and Stefan Stevanović, Professor of Molecular Immunology at the Department of Immunology, University of Tübingen. The immune response was able to be evaluated in 30 patients.

In a large proportion of the vaccinated patients, the physicians observed "pseudoprogression", swelling of the tumor caused by a host of invading immune cells. These patients had a particularly large number of T helper cells in their blood with immune receptors that responded specifically to the vaccine peptide, as single cell sequencing revealed. "We were also able to demonstrate that the activated mutation-specific immune cells had invaded the brain tumor tissue," reported Theresa Bunse from DKFZ, who coordinated the immunological analyses for these studies.

The three-year survival rate after treatment was 84 percent in the fully vaccinated patients, and in 63 percent of patients tumor growth had not progressed within this period. Among the patients whose immune system showed a specific response to the vaccines, a total of 82 percent had no tumor progression within the three-year period.

"We cannot draw any further conclusions about the vaccine efficacy from this early study without a control group," remarked Michael Platten. "The safety and immunogenicity of the vaccine were so convincing that we continued to pursue the vaccine concept in a further phase I study." In this follow-on study, the researchers are combining the IDH1 vaccine with checkpoint inhibitor immunotherapy. "Checkpoint inhibitors act as an immune boost. We believe there is a good chance that they can activate the immune cells against the gliomas to an even greater extent." The study is being implemented in cooperation with other centers in Germany and with support from the German Cancer Consortium (DKTK).

The researchers are also preparing a phase II study to examine for the first time whether the IDH1 vaccine leads to better treatment results than the standard treatment alone. "Gliomas are diagnosed in around 5,000 people in Germany every year, of which about 1,200 are diffuse gliomas with an IDH1 mutation. Up to now, we have usually had only limited success in halting tumor progression in these patients. We believe that the IDH1 vaccine offers the potential for developing a treatment that can suppress these tumors more effectively and on a long-term basis," commented study co-director Wolfgang Wick, Medical Director of the Neurological Clinic of Heidelberg University Hospital and Head of Division at DKFZ.