An experimental cancer vaccine that boosts the immune system’s ability to fight cancers could work in tandem with other cancer therapies to fight aggressive tumors, scientists reported recently in the Proceedings of the National Academy of Sciences. 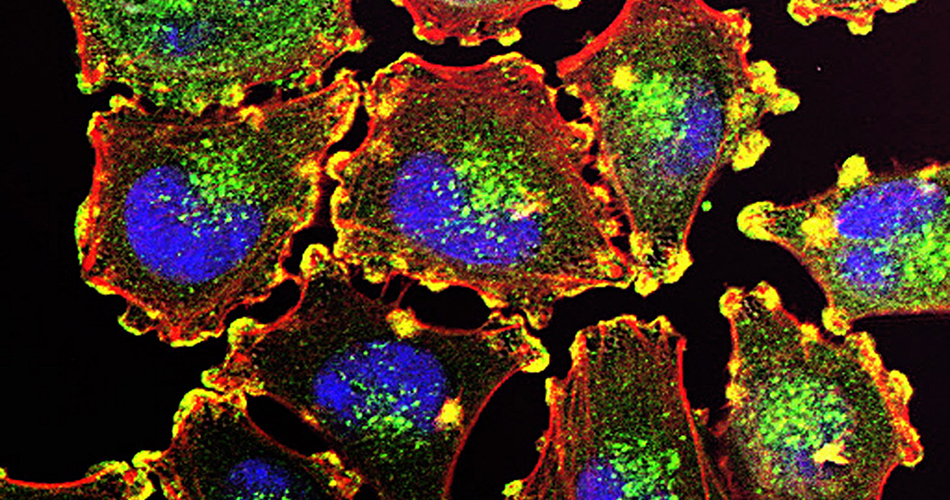 The researchers demonstrated that adding a molecule called Diprovocim to a vaccine can draw cancer-fighting cells to tumor sites. Their experiments in mice with melanoma suggest these vaccines could increase chances of recovery in cases where a drug therapy alone is not working.

Developed by Boger and Beutler, Diprovocim works as an “adjuvant,” a molecule added to a vaccine to fire up the body’s immune response. The molecule is easy to synthesize in the lab and easy to modify, which makes it attractive for use in medicine.

The new research shows that adding Diprovocim to a vaccine targeting cancer cells can have dramatic results.

“It was exciting to see the vaccine working simultaneously with a cancer immunotherapy like anti-PD-L1,” says Boger.

When the scientists tried to re-establish the tumor in these mice, “it wouldn’t take,” Boger says. “The animal is already vaccinated against it.”

Boger says it is encouraging to see that the vaccine with Diprovocim does not need to be injected directly into a tumor. Instead, the researchers gave it as an intramuscular injection away from the main tumor site. The vaccination did require two doses given seven days apart.

Going forward, the researchers plan to do further pre-clinical testing with this vaccine design and study how it works in combination with other cancer therapies.

Boger and Beutler have acknowledged a financial interest in Tollbridge Therapeutics, LLC, which has licensed the patent for Diprovocim.

The study “Adjuvant effect of the novel TLR1/2 agonist Diprovocim synergizes with anti-PD-L1 to eliminate melanoma in mice,” was supported by the National Institutes of Health (grant AI25581) and the Lyda Hill Foundation.