Many treatments against cancer, such as TRAIL, aim to trigger a type of cell death known as apoptosis.

A team at IRB Barcelona, headed by Antonio Zorzano, has demonstrated that the protein TP53INP2 induces apoptosis in chemotherapy treatments. 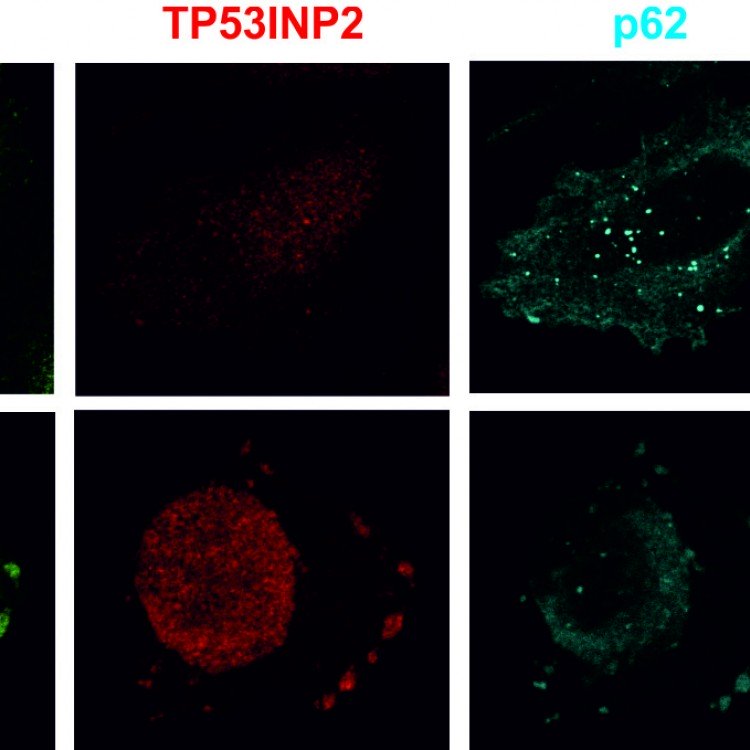 Cancer cells are characterised by the ability to evade apoptosis, a type of programmed cell death that allows the organism to remove damaged cells. Many studies devoted to new chemotherapy treatments aim to induce apoptosis and thus remove cancer cells or reduce the size of the tumour. Scientists at the Institute for Research in Biomedicine (IRB Barcelona) have demonstrated that the protein TP53INP2 plays an important role in the induction of cell death. This finding could be relevant in the treatment of certain types of cancer.

“We observed that when cells have high levels of TP53INP2, apoptosis is accelerated when specific receptors on the cell membrane are activated. In contrast, the cells that did not express this protein were more resistant to apoptosis,” comments Antonio Zorzano, head of the Complex Metabolic Disease and Mitochondria Lab at IRB Barcelona.

Published in EMBO Journal, this study describes how this protein increases the efficacy of certain chemotherapy treatments, such as TRAIL. “We demonstrate that TP53INP2 makes cancer cells more sensitive to death signals, including TRAIL,” explains Saška Ivanova, postdoctoral fellow at IRB Barcelona and first author of the study.

TRAIL holds great promise for the treatment of cancer because it can selectively induce the death of cancer cells. Since its discovery in 1995, many clinical assays have been devoted to this drug. However, not all patients with cancer respond to this treatment. Researchers at IRB Barcelona have confirmed the relation between high levels of TP53INP2 and an enhanced response of liver and breast cancer cells to TRAIL.

One of the issues regarding TRAIL is the need to identify patients likely to respond to this treatment, as TRAIL can enhance tumour progression in some types of cancer. “We propose the protein TP53INP2 as a potential marker to identify patients that could benefit from treatment with TRAIL,” explains Zorzano, full professor at the University of Barcelona and CIBERDEM researcher.

Personalised medicine, an approach that allows treatment to be adapted to the characteristics of each patient, emerges as one of the health care strategies with most potential. Knowledge of the type of cancer and selection of the most efficient treatment in each case will increase patient survival. However, biomarkers are needed. In this regard, this study offers a new approach to support physicians in the selection of personalised treatments.

“We are now extending the study to other types of cancer, such as lung cancer, to confirm whether TP53INP2 also improves the response to treatment with TRAIL,” adds Ivanova.