Researchers at Oregon State University and Oregon Health & Science University have found a possible counterpunch to the drug resistance of melanoma, the most dangerous form of skin cancer. 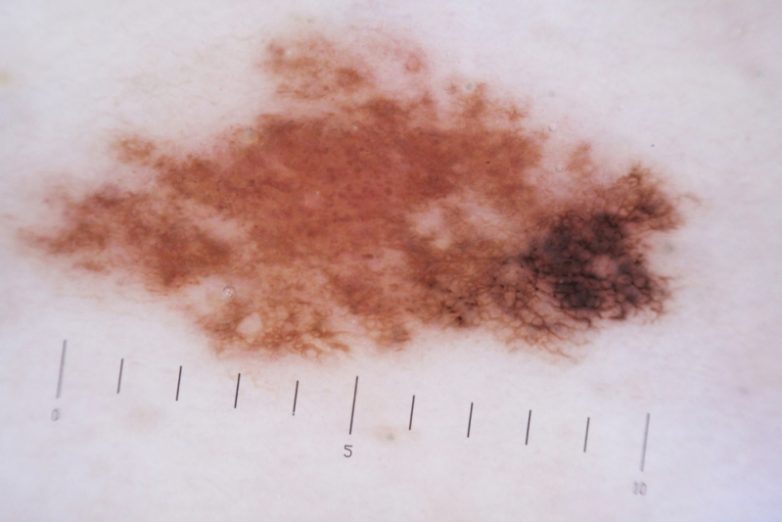 The findings, published today in the journal Molecular Carcinogenesis, are important because in the United States alone, almost 100,000 new melanoma cases will be diagnosed this year and more than 7,000 melanoma patients are expected to die.

Oregon ranks 15th in the U.S. in per-capita diagnoses, with melanoma afflicting 27 out of every 100,000 Oregonians. Men are more likely than women to develop melanoma; the death rate varies by race and ethnicity and is highest among white people.

Nationwide, melanoma is the fifth-most common cancer and its incidence is on the rise, noted Arup Indra, associate professor in the OSU College of Pharmacy, a member of OHSU’s Knight Cancer Institute and an affiliate investigator at Oregon State’s Linus Pauling Institute. One of the most aggressive cancers, it kills by metastasizing, or spreading, to other organs such as the liver, lungs and brain.

Indra’s team and collaborators at Oregon State and in the Department of Dermatology at OHSU looked for ways to combat the drug resistance that metastatic melanoma cells often quickly develop.

“Breakthroughs in understanding the molecular basis for the disease have led to a couple of different drugs, vemurafenib and dabrafenib, that elicit dramatic clinical responses in patients with metastatic melanoma containing a mutation in a certain gene,” he said. “But the drugs’ effectiveness is limited by a high incidence of resistance, which inevitably leads to disease relapse in six or eight months. The current five-year survival rate of stage IV metastatic melanoma is less than 50%.”

The researchers directed their efforts toward melanoma metabolism – the chemical processes the cells rely on to thrive. Cancer cells have a metabolism that’s been altered from that of normal cells.

At the High Throughput Screen Lab at OSU, the scientists tested almost 9,000 compounds, some of them drugs already approved by the FDA, against a vemurafenib-resistant melanoma cell line to see if any of them would halt proliferation or induce cell death.

They found that two structurally similar compounds – deguelin and rotenone, naturally occurring pesticides produced by many plant species – interfered with the cancer cells’ metabolism. Further testing with deguelin showed that it inhibited oxygen consumption in the cells’ mitochondria, effectively starving the cells of energy.

The National Institutes of Health and the OSU College of Pharmacy supported this research.