Researchers from North Carolina State University have developed a fundamentally new approach to DNA data storage systems, giving users the ability to read or modify data files without destroying them and making the systems easier to scale up for practical use. 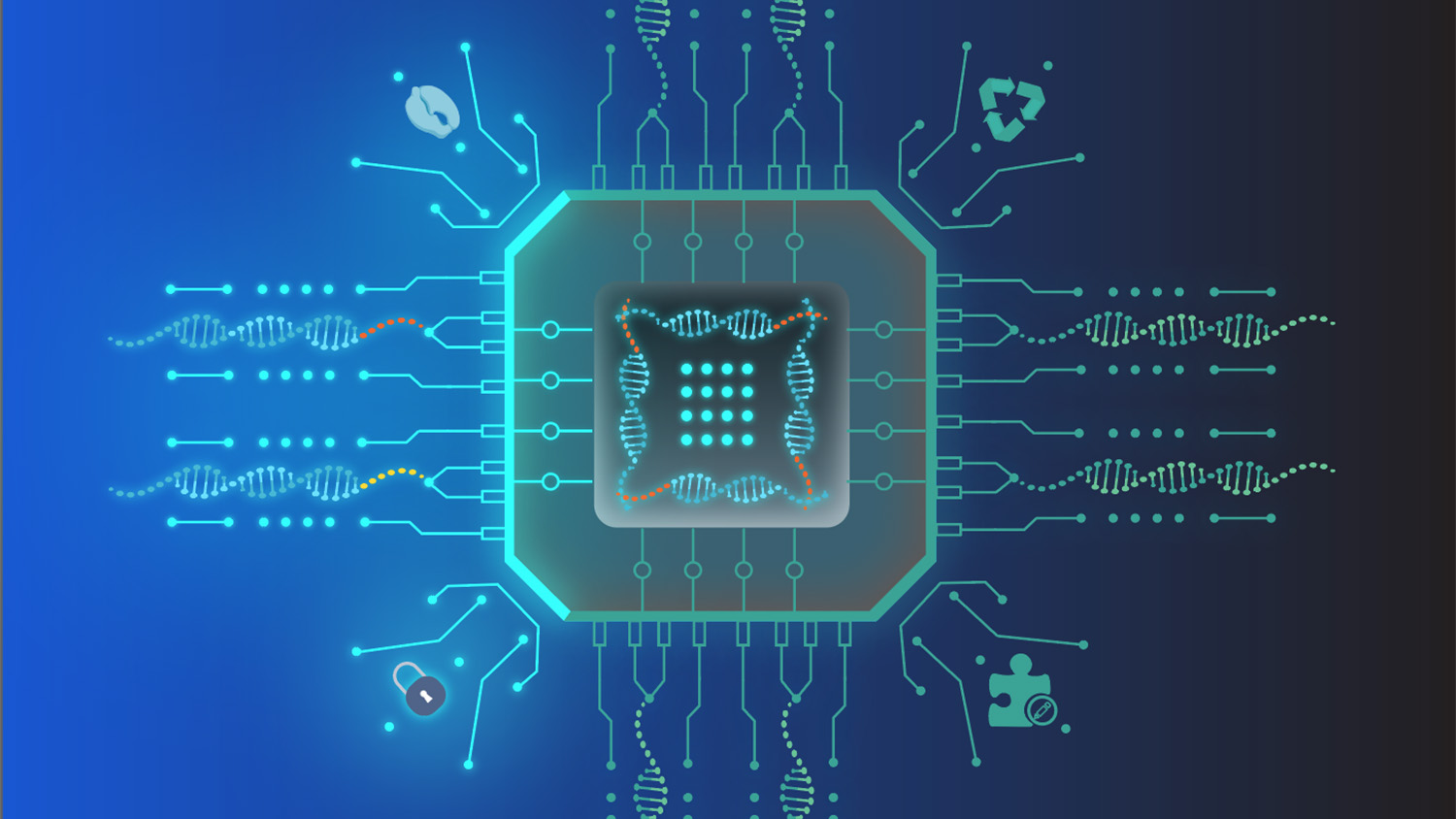 “Most of the existing DNA data storage systems rely on polymerase chain reaction (PCR) to access stored files, which is very efficient at copying information but presents some significant challenges,” says Albert Keung, co-corresponding author of a paper on the work. “We’ve developed a system called Dynamic Operations and Reusable Information Storage, or DORIS, that doesn’t rely on PCR. That has helped us address some of the key obstacles facing practical implementation of DNA data storage technologies.” Keung is an assistant professor of chemical and biomolecular engineering at NC State.

DNA data storage systems have the potential to hold orders of magnitude more information than existing systems of comparable size. However, existing technologies have struggled to address a range of concerns related to practical implementation.

Many of the practical barriers to DNA data storage technologies revolve around the use of PCR to retrieve stored data. Systems that rely on PCR have to drastically raise and lower the temperature of the stored genetic material in order to rip the double-stranded DNA apart and reveal the primer-binding sequence. This results in all of the DNA – the primer-binding sequences and the data-storage sequences – swimming free in a kind of genetic soup. Existing technologies can then sort through the soup to find, retrieve and copy the relevant DNA using PCR. The temperature swings are problematic for developing practical technologies, and the PCR technique itself gradually consumes – or uses up – the original version of the file that is being retrieved.

“In other words, DORIS can work at room temperature, making it much more feasible to develop DNA data management technologies that are viable in real-world scenarios,” says James Tuck, co-corresponding author of the paper and a professor of electrical and computer engineering at NC State.

The other benefit of not having to rip apart the DNA strands is that the DNA sequence in the overhang can be the same as a sequence found in the double-stranded region of the data file itself. That’s difficult to achieve in PCR-based systems without sacrificing information density – because the system wouldn’t be able to differentiate between primer-binding sequences and data-storage sequences.

“DORIS allows us to significantly increase the information density of the system, and also makes it easier to scale up to handle really large databases,” says Kevin Lin, first author of the paper and a Ph.D. student at NC State.

And once DORIS has identified the correct DNA sequence, it doesn’t rely on PCR to make copies. Instead, DORIS transcribes the DNA to RNA, which is then reverse-transcribed back into DNA which the data-storage system can read. In other words, DORIS doesn’t have to consume the original file in order to read it.

The single-stranded overhangs can also be modified, allowing users to rename files, delete files or “lock” them – effectively making them invisible to other users.

“We’ve developed a functional prototype of DORIS, so we know it works,” Keung says. “We’re now interested in scaling it up, speeding it up and putting it into a device that automates the process – making it user friendly.”