Gene editing for the development of new treatments, and for studying disease as well as normal function in humans and other organisms, may advance more quickly with a new tool for cutting larger pieces of DNA out of a cell’s genome, according to a new study by UC San Francisco scientists. 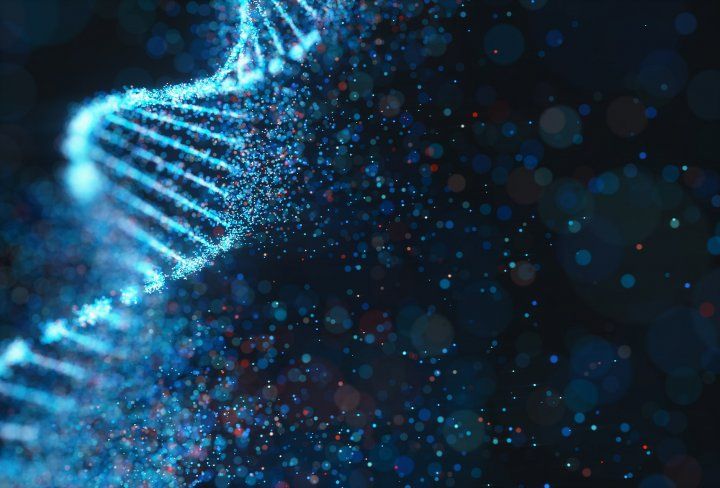 Publication of the UCSF study on Oct. 19, 2020 in the journal Nature Methods comes less than two weeks after two researchers who first used the genetic scissors known as CRISPR-Cas9 were selected to receive this year’s Nobel Prize in Chemistry.

Though now employed as a research tool in laboratories around the world, CRISPR evolved eons ago in bacteria as a means to fight their ancient nemesis, a whole host of viruses known as bacteriophages. When bacteria encounter a phage, they incorporate a bit of the viral DNA into their own DNA, and it then serves as a template to make RNA that binds to the corresponding viral DNA in the phage itself. The CRISPR enzymes then target, disable and kill the phage.

The already renowned CRISPR-Cas9 ensemble is like a molecular chisel that can be used to rapidly and precisely excise a small bit of DNA at a targeted site. Other methods can then be used to insert new DNA. But the new CRISPR-Cas3 system adapted by the UCSF scientists employs a different bacterial immune system. The key enzyme in this system, Cas3, acts more like a molecular wood chipper to remove much longer stretches of DNA quickly and accurately.

“Cas3 is like Cas9 with a motor – after finding its specific DNA target, it runs on DNA and chews it up like a Pac-Man,” Bondy-Denomy said.

This new capability to delete or replace long stretches of DNA will enable researchers to more efficiently assess the importance of genomic regions that contain DNA sequences of indeterminate function, according to Bondy-Denomy, an important consideration in understanding humans and the pathogens that plague them.

“Previously, there was no easy and reliable way to delete very large regions of DNA in bacteria for research or therapeutic purposes,” he said. “Now, instead of making 100 different small DNA deletions we can just make one deletion and ask, ‘What changed?’”

Because bacteria and other types of cells are commonly used to produce small molecule or protein-based pharmaceuticals, CRISPR-Cas3 will enable biotechnology industry scientists to more easily remove potentially pathogenic or useless DNA from these cells, according to Bondy-Denomy.

“Large swathes of bacterial DNA are poorly understood, with unknown functions that in some cases are not necessary for survival,” Bondy-Denomy said. “In addition, bacterial DNA contains large stretches of DNA imported from other sources, which can cause disease in the bacterium’s human host, or divert bacterial metabolism.”

CRISPR-Cas3 also should also allow entire genes to be inserted into the genome in industrial, agricultural or even in human gene therapy applications, Bondy-Denomy said.

The UCSF researchers selected and modified the CRISPR-Cas3 system used by the bacterium Pseudomonas aeruginosa, and demonstrated in this species and in three others, including bacteria that cause disease in humans and plants, that their more compact version functions well to remove selected DNA in all four species. Other CRISPR-Cas3 systems have been made to work in human and other mammalian cells, and that also should be achievable for the modified P. aeruginosa system, Bondy-Denomy said.

Bondy-Denomy studies a range of bacteria, bacteriophage, and CRISPR systems to learn more about how they work and to find useful molecular tools. “CRISPR-Cas3 is by far the most common CRISPR system in nature,” he said. “About 10 times as many bacterial species use a Cas3 system as use a Cas9 system. It may be that Cas3 is a better bacterial immune system because it shreds phage DNA.”

Unlike Cas9, when Cas3 binds to its precise DNA target it begins chewing up one strand of the double-stranded DNA in both directions, leaving a single strand exposed. The deletions obtained in the UCSF experiments ranged in size, in many cases encompassing as many as 100 bacterial genes. The CRISPR-Cas3 mechanism should also allow for easier replacement of deleted DNA with a new DNA sequence, the researchers found.

For DNA deletion and editing in the lab, scientists program CRISPR systems to target specific DNA in the genome of an organism of interest using any guide sequence they choose.

In the new CRISPR-Cas3 study, by manipulating the sequences of DNA provided to the bacteria for repairing the deletions, the researchers were able to precisely set the boundaries of these large DNA repairs, something they were unable to accomplish with CRISPR-Cas9.

Bondy-Denomy previously discovered anti-CRISPR strategies that phage evolved to fight back against bacteria, and these might prove useful for stopping the gene editing reactions driven by Cas enzymes used as human therapeutics before side effects arise, or in using phage to remove unwanted bacteria that have populated the gut, he said. Apart from E. coli and a couple of other species, relatively little is known about the 1,000 or so bacterial species that normally reside there.

“Non-model microbes have largely been left behind in the genetics world, and there is a huge need for new tools to study them,” he said.